For the past 30 years Sandra has made and sold different kinds of scarves and sarongs in Haiti. The 2010 earthquake destroyed her shop, but thanks to a $8,000 loan (comprised of 295 small individual loans), she was able to build a production workshop and a storefront in the space she has now. This expansion also allowed her to create 5 new jobs with her Kiva loan, just going to show how many small amounts can make a big difference.

We are pleased to be one small part of something so big and meaningful. 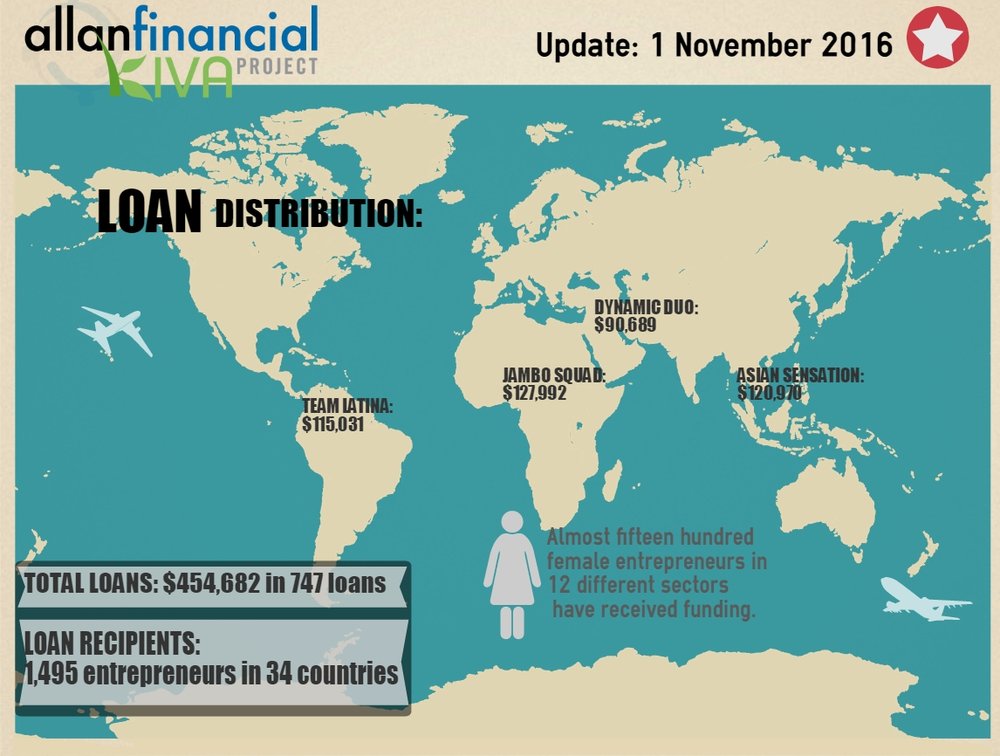 Let’s face it. When she leaves a room the question lingering is …who is that woman? What’s her deal?

Holly has such presence and a delightful yet powerful way of connecting with others. She raises eyebrows.

We figured it’s time to “out” her pretty cool credentials. Mostly because we want to champion her work both in and outside the Allan Financial office.

Holly’s the founder of a forward thinking initiative on our beloved Bowen Island (where Ross and the Allan clan reside). We think she’s leading a culture shift – that’s why we chose to sponsor her vision.

She was calling forth folks, like her, to come out of the woodwork to share the most modern of ideas in her Bowen Innovation Series.  There is nobody more qualified to host such a tribe of special, change making folks than Holly.

And before Bowen Island she did work in consulting /executive education for senior foreign government officials in Washington DC, managed the launch of a multi-million-dollar documentary film release, led investor relations for a software start-up for global relief supply chain management, and rallied a mobile web app.

Why an enigma? Well anyone who ghost writes gets that moniker. Holly has worked with several thought leaders crafting their messages before it was a “thing”. Her articles can be found in publications and op-ed pieces in the Huffington Post, LA Times, CNN.com, Harvard Business Review and University Presses.

Just one of the many reasons we call her our interpreter.