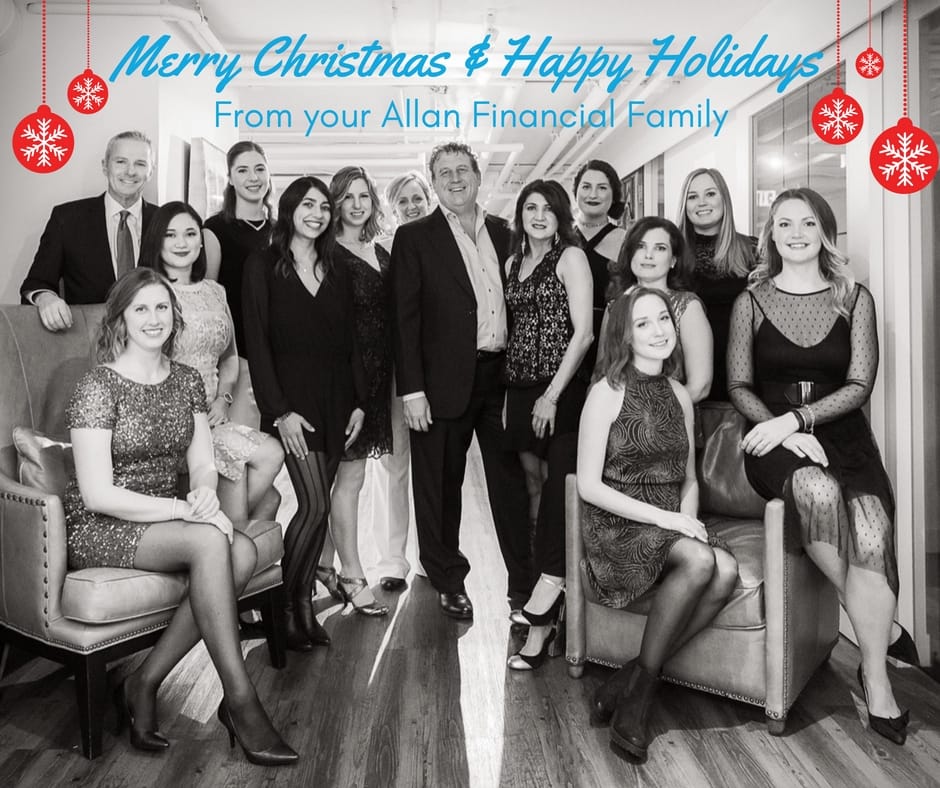 For the past 30 years Sandra has made and sold different kinds of scarves and sarongs in Haiti. The 2010 earthquake destroyed her shop, but thanks to a $8,000 loan (comprised of 295 small individual loans), she was able to build a production workshop and a storefront in the space she has now. This expansion also allowed her to create 5 new jobs with her Kiva loan, just going to show how many small amounts can make a big difference.

We are pleased to be one small part of something so big and meaningful.

Let’s face it. When she leaves a room the question lingering is …who is that woman? What’s her deal?

Holly has such presence and a delightful yet powerful way of connecting with others. She raises eyebrows.

We figured it’s time to “out” her pretty cool credentials. Mostly because we want to champion her work both in and outside the Allan Financial office.

Holly’s the founder of a forward thinking initiative on our beloved Bowen Island (where Ross and the Allan clan reside). We think she’s leading a culture shift – that’s why we chose to sponsor her vision.

She was calling forth folks, like her, to come out of the woodwork to share the most modern of ideas in her Bowen Innovation Series.  There is nobody more qualified to host such a tribe of special, change making folks than Holly.

And before Bowen Island she did work in consulting /executive education for senior foreign government officials in Washington DC, managed the launch of a multi-million-dollar documentary film release, led investor relations for a software start-up for global relief supply chain management, and rallied a mobile web app.

Why an enigma? Well anyone who ghost writes gets that moniker. Holly has worked with several thought leaders crafting their messages before it was a “thing”. Her articles can be found in publications and op-ed pieces in the Huffington Post, LA Times, CNN.com, Harvard Business Review and University Presses.

Just one of the many reasons we call her our interpreter.

“You are known by the company you keep.”

Know that before your customers are satisfied, your employees must have given their all. The satisfaction that your customers talk about is largely a result of the value they get from your business, and it’s only loyal employees who can create this value.

We are fortunate to have found out early on, the value our employees are to our business. Many of you have met our two longest-term employees, Kal Sangha who has been with Allan Financial for 23 years, and Hardeep Arreaga who recently celebrated 10 years!

While our relationships evolve and grow, the fact that we continue to have such long-term ones, both internally and externally, makes what we do that much more rewarding. So to Kal and Hardeep – thank you for being a big part of that!

Here’s to carrying these relationships forward through all the stages of life.

As the end of the year approaches, some of you have been asking us about the new tax laws coming into effect in 2017 and what the implications could be for your current life insurance policies.

These legislative changes are intended to modernize the tax rules for life insurance. These laws were last revised in 1982. Since then, people have been living longer, interest and inflation rate conditions have changed and a vast array of new insurance products have emerged.

So is there anything you should do? Generally, only if:

We were thrilled when last week in Toronto at the 2016 Wealth Professional Awards we received the Best Practice Individual Office award. It was great – a big fancy award show and ceremony with all the attendant bells and whistles. And we won!

While it was certainly nice to get all the attention and the accolades, coming back home with a heavy piece of crystal to add to the office mantel was in stark contrast to a completely different recent accomplishment. One in which we had a significant global impact.

With your help, we spent the last two years raising almost half a million dollars for Kiva, a non-profit that loans money to low-income entrepreneurs around the world. But this was no ordinary charity campaign. It wasn’t even a donation, as these are loans that have been 98% repaid within a year.

So together we’ve boosted the bottom line for the more than 1,200 women in 33 countries who received these loans. But it’s not just the numbers that are remarkable, it’s also how this social enterprise initiative created community and changed relationships within the company and with clients.

Even though we are proud of receiving national industry recognition for excellence in client service and reputation, honestly it’s the tangible difference we’ve been able to make in the lives of women entrepreneurs around the world, that is clearly the more significant reward.

We now joke that we can add Give a Little, Get a Lot to our corporate tagline of Enjoy Your Life.

Thank you again to those who have joined us in this amazing journey!

We were fortunate to have one of our long term relationships – 25 years with Canada Life Insurance – highlight us in this video for their network.

If you can put up with the first 10 seconds of industry jokes, you then get a glimpse of our team and the innovative Allan Financial KIVA Project where we supported $380,000 in small loans to women entrepreneurs around the globe.

Credits to Canada Life Insurance for creating this video – thanks for Bemoved Media for some Kiva highlights.