Thanks to our community, more than 3,000 women in over 35 countries have been empowered to grow their businesses, care for their families and invest in their communities.

In 2014, we partnered with Kiva with the goal of lending $250,000. Over the last 7 years and with the help of our community, together we’ve lent over $1 Million to women around the world.

That money is having a direct impact on the lives of women like Lindiwe, a 22-year-old business owner in Zimbabwe. 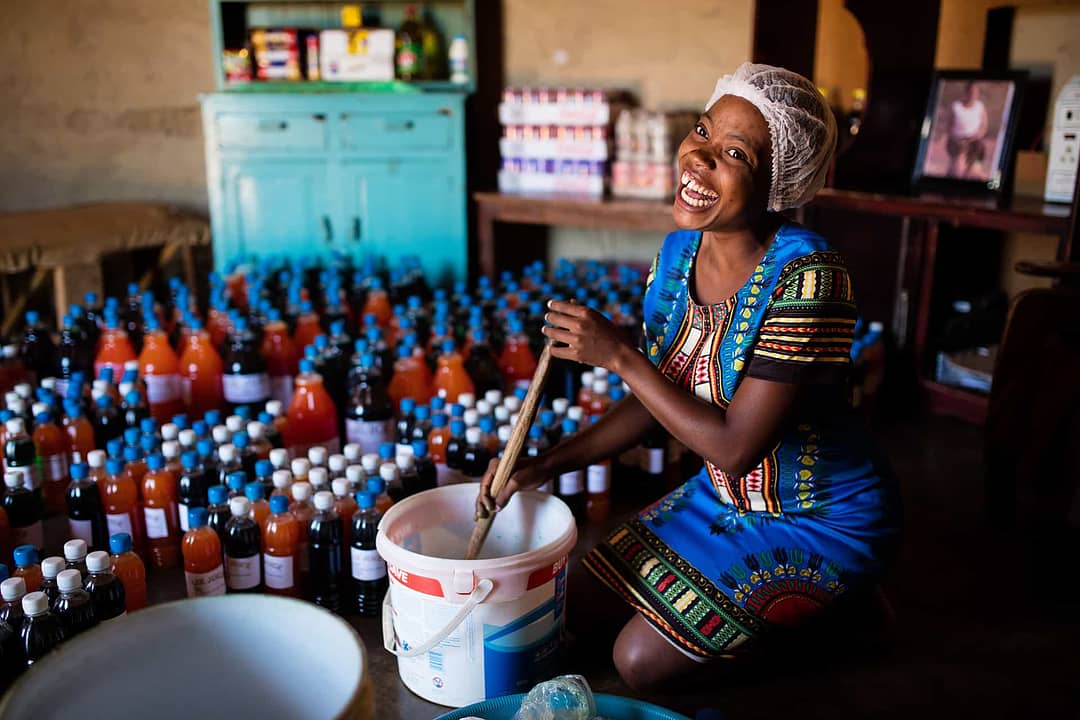 She operates 3 businesses in her village — a poultry business, a small shop and Lee Juice — all under an umbrella company she named Lee Investments. Her business savvy and work ethic is clear in everything from her creativity to her bookkeeping to her pricing.

For Lee Juice, she thought about the thirsty workers at the mine near her village and asked herself how she could have a competitive advantage for something they needed. So she started making her own juice and soda from scratch, and priced it at half the price they would pay for a national or international brand.

Her plan worked. With the business training and guidance provided by Kiva’s Field Partner Camfed, and a $500 loan from Kiva, her business grew quickly.

With her business success, Lindiwe has seen a change in how she feels about herself, and her standing in her community.

“I am independent…and if I am independent I can do anything that I want at any time,” she says. “If I want to help someone who is in need I can just take my money and help.”

Lindiwe is currently training one woman from her community to work with her, and has started saving $10 each month from her profits for her future. With the rest of her profits, she wants to expand her production and also add a large run to her poultry house.

Lindiwe is just one of thousands of women that you’ve helped empower with a microfinance loan. Thank you to everyone who lent and joined together to have this collective impact.

It’s bigger than we could have ever imagined!

To learn more about Lindiwe’s story as originally told by Kiva, click here.